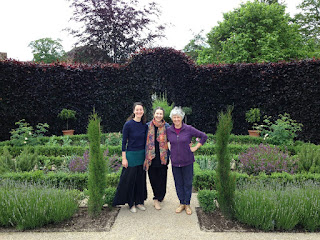 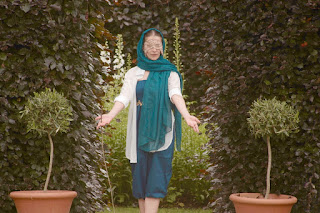 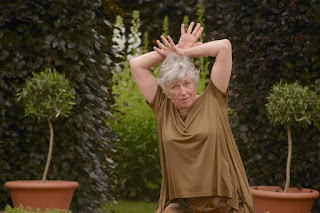 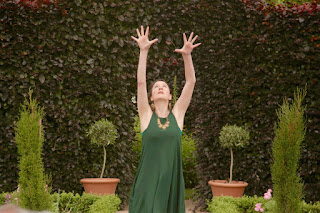 And you can read Katherine Aalto's talk Creating Gardens with Narratives here
Posted by Avid for Ovid at 18:37 No comments:

We've been silent but not inactive...
The last 6 months have been busy with funding applications, workshops, and rehearsals.

All of it leading to our next appearance, at Ovid's Garden Party...

Come and join us in Birmingham, where we'll be presenting our newest pieces:
- Medea, Mother of All Dragons
- Pan & Syrinx
- Circe the Enchantress
- Apollo & Daphne 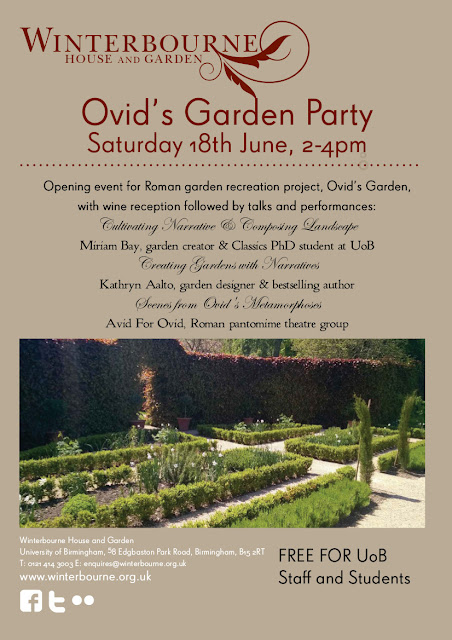 Posted by Ségolène at 14:23 No comments:

Avid for Ovid are very excited to announce that in summer 2016 we will be performing at the official opening of Ovid's Garden at Winterbourne House and Gardens, a unique Grade II listed heritage site.

Ovid's Garden forms part of University of Birmingham postgraduate Miriam Bay's PhD exploring the invocation of classical mythographer Ovid in Italian Renaissance gardens. Designed by acclaimed landscape designer Kathryn Aalto, in Miriam's own words, 'the purpose of this garden is to recreate the plantings of the past, enabling me to explore how Italian Renaissance gardens were designed to impart narrative, retelling ancient mythology through botany and its inherent symbolism.' Needless to say, we are thrilled to have been invited to perform in this beautiful, multi-sensory living museum...

The team made a first site visit to Ovid's Garden yesterday and, despite the heavy December rain, were very excited by the different performance possibilities with which the garden presents us – both in terms of space and of subject matter. Now to work on new episodes inspired by Ovid's narratives of the plants in this garden...

Date and time of performance to be announced shortly...

Posted by Marie-Louise Crawley at 14:22 No comments:

Night at the Museum

Avid for Ovid were thrilled to perform at the Ashmolean Museum's DEADFriday evening event on Friday 30th October 2015. It was a very fitting setting: under the shadow of Nike in the museum's Cast Gallery, we performed for hundreds of evening visitors. It allowed us to showcase some new pieces, created for the evening – sorceresses Kirke and Medea, Mother of Dragons – as well as revisit some old favourites: mourning Aurora, werewolf Lycaon, Tisiphone, Shades of the Styx,  and Myrrha's transformation, all suitably eerie subjects for this special Hallowe'en event. We also engaged the audience in some participatory activities – the casting of Roman curses for us to embody / improvise through movement and music. Thanks to the team at the Ashmolean Museum, Oxford, especially Sarah Doherty, Public Engagement Assistant, and, of course, to our wonderful audiences.

Posted by Marie-Louise Crawley at 10:20 No comments:


Posted by Marie-Louise Crawley at 10:19 No comments:

Marie-Louise Crawley and Malcolm Atkins performed Myrrha to a sold-out and very appreciative crowd at mac Birmingham last Friday 23rd October, as part of Birmingham Dance Network's 'Introducing...' evening, presenting new dance and performance work. We were part of fabulous line-up of artists including Yukiko Masui, Joss Carter, Rachel Liggett, Outspoken Dance Theatre, Kopal Vedam and Sara MacQueen & Christopher Radford. Many thanks to Birmingham Dance Network and mac Birmingham for having us - it was a pleasure to bring the work to Marie-Louise's home city!
Posted by Marie-Louise Crawley at 10:11 No comments: